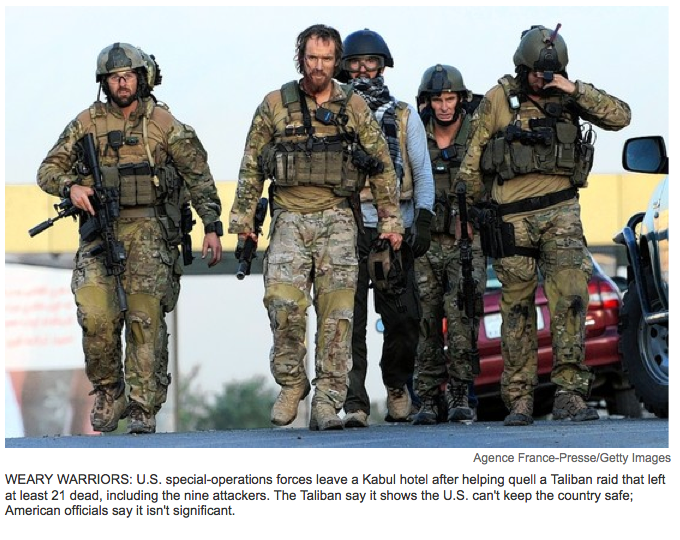 "The attack by nine insurgents on Kabul's InterContinental hotel began late Tuesday and concluded nearly six hours later, when a North Atlantic Treaty Organization helicopter fired on the last surviving militants on the roof of the building."

In no way am I making light of this situation, but this image looks like a press pic for a movie.
The photographer is sure to win some sort of award for this iconic journalistic image.