Radcliffe bares nearly everything to promote his new stage gig. Hints of pubic hair are exposed in just-released stills for his London West End acting debut in a revival of the 1975 Tony-winning Equus, the story of a boy who senselessly blinds several horses. Ewh!
at 9:09 PM No comments: http://www.uky.edu/Projects/Chemcomics/index.html
at 8:48 PM No comments:

Clever designers have come up with a temporary building that will do the job of trees. Trees keep the air clean, provide shade and act as meeting and gathering points in open spaces. These ingenious contraptions apparently do the same. Made of steel, thermo textile and solar panels, the interesting-looking rotundas even create all the energy they need to light themselves. So, next time you forget to include trees in your plans, stick some of these in their place while the trees grow.
at 10:19 AM No comments:

This modular orange wall storage is so very nice.

Every hour, 10x10 scans the RSS feeds of several leading international news sources, and performs an elaborate process of weighted linguistic analysis on the text contained in their top news stories. After this process, conclusions are automatically drawn about the hour's most important words. The top 100 words are chosen, along with 100 corresponding images, culled from the source news stories. At the end of each day, month, and year, 10x10 looks back through its archives to conclude the top 100 words for the given time period. In this way, a constantly evolving record of our world is formed, based on prominent world events, without any human input.

Instant Movie Review:
My co-worker, my galpal, my sister from another mister, my BFF, Claude, Claudie, Claudette, says THUMBS DOWN...I give it a THUMBS UP.

I am iFamous...I am Google's number ONE RobOrange...not to be mistaken with 'robot rage'.

This graphic novel to movie looks like it is going to rocccck! Flaring the gills that give the species its name, a frilled shark swims at Japan's Awashima Marine Park on Sunday, January 21, 2007. Sightings of living frilled sharks are rare, because the fish generally remain thousands of feet beneath the water's surface.

Spotted by a fisher on January 21, this 5.3-foot (160-centimeter) shark was transferred to the marine park, where it was placed in a seawater pool.

"We think it may have come to the surface because it was sick, or else it was weakened because it was in shallow waters," a park official told the Reuters news service. But the truth may never be known, since the "living fossil" died hours after it was caught.

Adorable! Cute stuff on this site.

http://www.wishingfish.com
at 5:55 PM No comments:

http://www.revistanah.com.ar/elige
at 5:43 PM No comments: Soldiers march during the full dress rehearsal of the Republic Day parade in New Delhi on January 23, 2007. India celebrates Republic Day, which commemorates the day the country became a sovereign state, on January 26.
at 4:25 PM No comments:

What a good idea! Extra cool look with its unique silkscreened imagery on the front.

http://www.pixelgirlshop.com
at 4:54 PM No comments: One zoo in southwest China has its hands full with 16 baby pandas. The Sichuan Wolong Panda Protection and Breed Center is dealing with the results of a breeding boom, 16 pandas have been born since July, 2006. The brood includes five sets of twins. The cubs are weighed and measured every five days.

The heaviest tips the scale at just over 24 pounds, while the lightest weighs about 11 pounds. The pandas are due to stop suckling by February, 2007 just about the time they'll start learning to walk. Once weaned, the panda cubs will attend panda kindergarten.

Thanks to BFF, Julie for image/info.
at 9:23 AM No comments: It was built with 24 tons of scrap steel from the World Trade Center.

It is the fifth in a new class of warship - designed for missions that include special operations against terrorists. It will carry a crew of 360 sailors and 700 combat-ready Marines to be delivered ashore by helicopters and assault craft.

Steel from the World Trade Center was melted down in a foundry in Amite, LA to cast the ship's bow section. When it was poured into the molds on Sept. 9, 2003, "those big rough steelworkers treated it with total reverence," recalled Navy Capt. Kevin Wensing, who was there. "It was a spiritual moment for everybody there."

They are so cute when they are little, then they grow up and ignore you.
at 8:56 PM No comments:

This pen does it all. It serves as a black ballpoint pen, a non-drying orange highlighter ballpoint, a 0.7 lead pencil, a stylus for PDAs and a ruler with inches and centimeters.

"Slap this digital alarm clock and it will tell you the time or put the alarm into snooze. Set it to wake you with 3 different sounds (Rooster, Cuckoo or Beep-Beep tone). An ideal gift for the person who always asks the time as it can announce the time on the hour. Available in 3 funky colours Blue, White & Orange"

How does this work? Japan's “Yoshida” was built by Mitsubishi Heavy Industries Division has a boom length of 132m and a lifting capacity of 3,700 tons. Each hook is 10m tall and it’s operator needs to climb 800 steps to reach the small cab atop the crane.
at 9:33 AM No comments: My baby second cousins are getting big & cuter everyday. Proud papi, Henry, is in the background.

http://medranotwins.blogspot.com/
at 5:59 PM No comments:

WidgetStation is a desk clock which can run various "widgets". MacUsers know Widgets as small, user-friendly applications that can perform a variety of tasks. Users can even create their own widgets and share them with other WidgetStation users!

http://www.emtrace.com/widgetstation/
at 9:57 PM No comments:

Tears of the Black Tiger

Thai western mayhem. A mixture of Fellini, Almodovar and Pierre et Gilles. Check out the trailer. And if you're in New York, see it at the Film Forum.

I am so distracted by Nicole from the Pussy Cat Dolls.

Speed through airport security for $100 by registering as a Clear Registered Traveler.  Clear is a private company that helps you to (give up your privacy so you can) prove you are not a terrorist.  You’ll have to get your iris and finger prints scanned, but 35,000 people have already signed up.

Clear Registered Traveler will get you through airport security lines faster and with less hassle. Working with the Transportation Security Administration (TSA), Clear ensures that members benefit from a more consistent and stress-free airport experience. They also enjoy access to a designated Clear lane, extraordinary customer service, a concierge to help with their carry-on luggage and fewer missed flights.

This is cute to this graphic designer.

The Crayola Crayon Executive Pen is made with a brass body to give the weight and feel of a truly expensive pen.  Turn the end to reveal the bold blue ink ball point.

http://www.perpetualkid.com
at 3:37 PM No comments:

Plastic spoons change color at (120 F) when food is hot.

I love this stuff!

Graham Bleathman the illustrator of Gerry Anderson's BBC television series, Thunderbirds. He is particularly well known for his 'cross section' illustrations of the spacecraft, vehicles and buildings from those shows and his illustrations have appeared in a number of books, magazines and comics since the early 1990s.

http://www.grahambleathman.co.uk/Cross-sections.htm
at 3:32 PM No comments:

A Pad of Money?

100 real american singles bound with peelable notepad glue and cardboard backing. Edition of 100 - upon request through printedmatter.org...which has a lot of other cool stuff I have yet to look at. MTV played these during the holidays. I only saw a couple, but I did not see this one until I found it this evening on YouTube. It is the best! I love me some Chunky Pam.

The tiniest dots of color you see on your computer or television screen are called picture elements, or simply pixels for short.

My BFF, Dina, found this guy on YouTube. She wrote me and said "OMG, a younger you"...I was like 'yea, right'. There is only one of me. Then William Sledd showed his organized closet, plus his pile of manbags while gaving out fashion advice to the needy and I thought dayum, 'is he my son?'

http://www.youtube.com/watch?v=EZYQSEIMkXw
at 9:05 PM No comments: 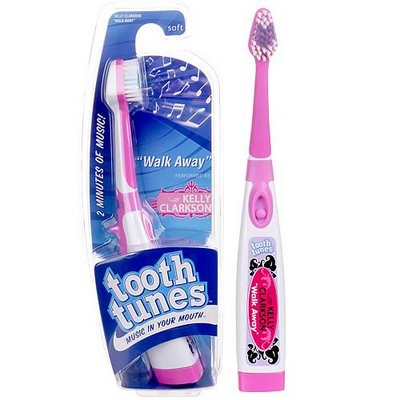 Music plays in your inner ear as you brush your teeth. I am not even going to pretend this isn't a waste of money. It rocks!
Maybe my BFF, Troy, will buy one at CVS while he's in NYC for work.

http://www.hasbro.com/toothtunes
at 9:54 PM No comments: As gay as it may sound, I discoverd this illustrator's work in a window while in Venice. I am crazy for his work. It is insane.

This is fun stuff from Neatorama. Check it out at the jump below.

"My favorite color is camo." I read that in some supercute-cuties' myspace profile once. As cute as he was he did not have to be smart.
at 2:16 PM No comments:

What a cute design. This will be copied or sold stateside eventually.

This rosewood piece is beautiful. I could store all sorts of goodies in this thing.

http://www.baxterliebchen.com/
at 2:30 PM No comments:

PORTLAND, Ore. - A 20-pound stray cat whose girth got him stuck in a pet door while trying to plunder some dog food was reunited with his owner Thursday.

Owner Geoff Ernest said the tubby tabby Hercules (called Goliath while at the animal shelter) went missing while Ernest was in Seattle for a lung transplant six months ago.

Jadwiga Drozdek, who lives in suburban Portland, found the feline stuck in the dog door of her home a few days ago, helped free him and gave him a plate of food on her patio.

Is it just me or does Hercules look like Burl Ives?

Thanks for the link, Rick. It may be hard to tell from the image, but these reading glasses fit in your wallet. I stumbled across them at 'Bed Bath & Beyonce' this afternoon.

Goodness this is cute. I love these. The Wee Woosh Collection was designed with children in mind. It is a delightful four piece range featuring an innocent, hand drawn robot, combined with a fresh blue and orange floral print and sprinkled with spot and star imagery on the reverse. They are part of Freckles debut collection featuring designs that flow on to the reverse side to create a chic tableware collection. All products are handmade in Stoke-On-Trent as a commitment to the promotion of UK industry. Fine bone china